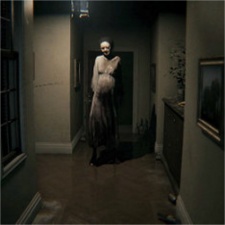 Japanese publishing giant Konami has denied rumours that its Silent Hill horror IP would be making a return in the near future.

Since the cancellation of Hideo Kojima and Guillermo del Toro's Silent Hills back in 2015 there have been several rumours as to what would be happening with the franchise moving forward. Recent whispers have included that Konami was rebooting the franchise and that PlayStation maker Sony Interactive Entertainment was interested in buying Silent Hill and a number of other properties including Metal Gear and Castlevania from Konami.

Speaking to Rely On Horror, a US PR rep for the Japanese publisher said that the rumours are not true.

“We’re aware of all the rumours and reports but can confirm that they are not true," a spokesperson said.

"I know it’s not the answer your fans may want to hear."

The rep does say that it's possible that Silent Hill will make a return at some point, however.

“It’s not to say we are completely closing the door on the franchise, just not in the way it is being reported," they said.

The aforementioned Silent Hills was announced at Gamescom 2014 with the now-infamous PT demo, which stood for 'Playable Teaser'. The title was cancelled amid Hideo Kojima's departure from Konami.