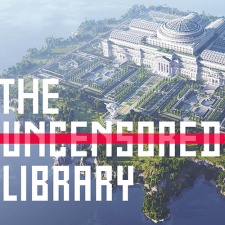 Press freedom NGO Reporters Without Borders (RSF) has come up with a novel way of getting around censorship by opening a safe haven in MInecraft.

In a blog post, the organisation wrote that the game was available in many regions where press freedom was severely restricted. RSF has created The Uncensored Library which contains books featuring articles that have been censored where they were written. This includes countries such as Egypt, Mexico, Russia, Saudi Arabia and Vietnam.

The organisation says that these can be read by anyone who visits the server but they cannot be changed, presumably to hinder interference.

“In many countries around the world, there is no free access to information," RSF Germany's MD Christian Mihr said.

"Websites are blocked, independent newspapers are banned and the press is controlled by the state. Young people grow up without being able to form their own opinions. By using Minecraft, the world’s most popular computer game, as a medium, we give them access to independent information.“

You can find out more in the video below: