SXSW 2020 isn't taking place due to the coronavirus 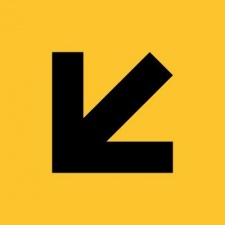 SXSW 2020 has been cancelled due to coronavirus concerns.

As announced in a site update, for the first time in 34 years, the Austin-based event will not take place. However, SXSW is looking to reschedule. It is also looking at a virtual SXSW online experience.

"We are devastated to share this news with you. 'The show must go on' is in our DNA, and this is the first time in 34 years that the March event will not take place. We are now working through the ramifications of this unprecedented situation," said SWSX.

"As recently as Wednesday, Austin Public Health stated that "there's no evidence that closing SXSW or any other gatherings will make the community safer." However, this situation evolved rapidly, and we honour and respect the City of Austin's decision. We are committed to doing our part to help protect our staff, attendees, and fellow Austinites."

This year's event was set to be the first to feature a games industry track.

Furthermore, Twitchcon Amsterdam has also been cancelled. The news was announced via Twitter. TwitchCon will reach out to both attendees and exhibitors over refund information.

"We have been monitoring the coronavirus concerns and having weighed the potential health risks to our community. We've made the incredibly difficult decision to cancel TwitchCon Amsterdam," reads the tweet.

Recently, Mojang cancelled its Minecraft Festival due to not wanting to predict when the Covid-19 outbreak will pass. GDC 2020 was officially postponed last month. However, E3 will still take place despite Los Angeles being declared a state of emergency.

It's not just events suffering due to the outbreak, Microsoft, Facebook, Bungie and Google have all asked employees to work from home.