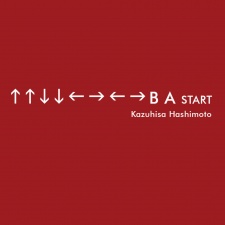 News of the creator's death was shared on Twitter (below) by composer Yuji Takenouchi, who said that he hoped that Hashimoto kept making games in heaven.

Hashimoto was aged 61. The cause of his death has not been revealed yet.

Publisher Konami said it was sad to hear of his passing.

"We are saddened to hear about the passing of Kazuhisa Hashimoto, a deeply talented producer who first introduced the world to the 'Konami Code'," the Japanese giant said.

"Our thoughts are with Hashimoto-san's family and friends at this time. Rest In Peace."

Hashimoto joined Konami in 1981, working on the likes of The Goonies and The Legend of the Mystical Ninja. He is most famous for the Konami Code, which was introduced in 1986' Gradius. The infamous up, up, down, down, left, right, left, right, A, B was initially a hack he put into the arcade version of the game which gave him all of its powerups so that he could finish it.