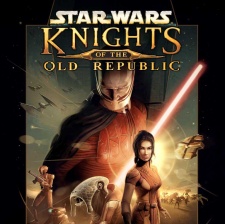 That's according to Cinelinx, which reports that this new project will be a re-imagining of the games and will borrow elements from both the BioWare-developed original as well as its Obsidian-created sequel.

The site also reported back in 2015 that Knights of the Old Republic was being remade, before updating readers the following year saying that the project had been put on ice for the time being.

Given the amount of love that Knights of the Old Republic has within the games community, it's not outside the realm of possibility that EA would want to make such a title. The aforementioned affection that gamers have for the release also makes it a rather safe bet, which will no doubt appeal to the publishing giant who has been rather risk-adverse when it's come to the Star Wars IP.

EA has had the rights for Star Wars PC and console titles since 2013 following the demise of LucasArts, but in that time has only released three games: 2015's Battlefront and its 2017 sequel, as well as 2019's Jedi: Fallen Order. That last title is apparently EA's best-selling Star Wars PC title, which isn't saying much given that there were only two other games in the running.

The publisher has also cancelled several Star Wars projects, including Visceral's Ragtag and EA Vancouver's Orca, as well as whatever Motive was working on. Nevertheless, EA has said it remains "fully committed" to the IP.