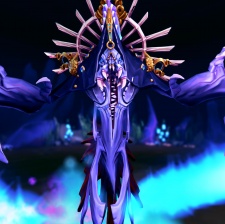 A RuneScape player has been told by a US federal court that being muted in the MMO isn't a violation of his civil rights.

That's according to Pennsylvania local news publication PennLive.com, which reports that the player and streamer Amro Elansari filed a lawsuit against UK games firm Jagex claiming that his free speech was being violated after he was muted in game and therefore unable to communicate with other users. Oh, and he also seems to think that this has violated his human rights.

The player claims to have played more than 2,000 of the long-running online title and says that Jagex has refused to say why they won't unmute him.

Elansari's initial lawsuit was dismissed by US Eastern District Judge Mark Kearney in July 2019, with the federal court upholding the decision.

It's worth noting that Elansari has filed ten lawsuits in the last year, four of them in July 2019 alone. These have included the plaintiff claiming that the dating app Tinder scammed him.