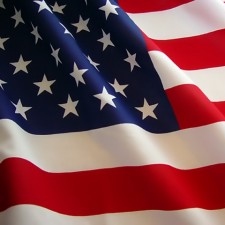 Games have become a more popular past time among the older generation in the US.

According to a new report by the AARP, 44 per cent more people aged 50 and over play games at least once a month. In 2016, 38 per cent of people from that age group admitted to playing games.

Between 2016 and 2019, the amount of older players has increased from 40.2 million to 50.6 million. On top of the increase people playing games, there has been an increase in the amount of money those over 50 spend on games.

In six months last year - between January and June - the older generation spent $3.5 billion, an increase from the $523 earned since 2016.

On average, individuals spend around $70 on the hobby, more than half of that is spent on games, virtual items and in-game customisation.

Women have continued to be more likely than men to play games on a daily bases, in 2019 men were 39 per cent likely while 53 per cent women would play games every day. Overall, 49 per cent of women aged 50-to-59 claim to be gamers, while only 40 per cent of men in that age group claim the same thing.

In 2016, computers and laptops proved to be the most popular platform at 59 per cent, mobile was just short at 57 per cent. However, that has changed in the last three years - now 47 per cent play on PC and laptops while 73 per cent use mobile devices.

Consoles have proved to be the third-most-popular choice, though currently only 13 per cent of people over 50 choose that platform.

The survey was conducted on 3700 individuals.

Quakecon at Home raises over $30,000 for charity