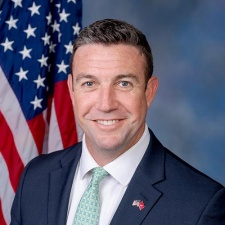 A US Congressman has pleaded guilty to stealing campaign funds to buy video games among other things.

Back in 2016, Hunter was accused of using his campaign pot to buy video games on 68 different occasions the previous year, according to the San Diego Tribune, which he blamed on his son and said he would pay back the $1,302 as it was a personal expense.

That's actually a small amount compared to the over $150,000 he is charged with spending from his campaign funds, which was spent on items including LEGO sets, groceries, as well as luxury hotels.

Though not yet sentenced, the maximum penalty for this crime is five years in prison and a fine of $250,000.

“Congressman Duncan D. Hunter violated the trust of his supporters by diverting hundreds of thousands of dollars they donated in good faith to his reelection campaign for personal expenditures,” assistant US Attorney David Leshner wrote.

“This was not an accounting mistake by his campaign. This was a deliberate, years-long violation of the law. Congressman Hunter used the power of his position to fund a lifestyle out of his reach, unwittingly financed by those who put him there. His guilty plea entered today acknowledges and accepts responsibility for his conduct. Leshner praised prosecutors Phil Halpern, Emily Allen and Mark Conover as well as the Federal Bureau of Investigation for their tireless pursuit of justice in this case."