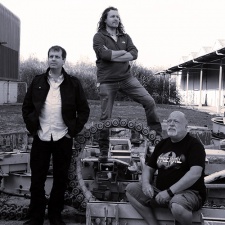 Sniper Elite maker Rebellion has made another acquisition.

This time around, the Oxford, UK-based company has brought game developer The Bitmap Brothers, as well as its portfolio of IP. The outfit is best known for releases from the late 80s and early 90s, namely Xenon, Z: Steel Soldiers, Speedball and Chaos Engine. No figure has been placed on the deal.

Alongside the announcement, Rebellion has said that it plans on bringing Bitmap Brothers games to new platforms and release new titles based on these IP.

“The Bitmap Brothers are renowned for making great games and for bringing gaming into the mainstream with inimitable style. We’ve known Mike Montgomery for many years and we’re honoured by the faith and trust that he has shown in us by passing on the torch. We’ll strive to be vigilant custodians of one of gaming’s great names.”

This follows Rebellion snapping up Yorkshire's TickTock Games in January of this year, as well as Radiant Worlds at the start of 2018. The company rebranded that studio as Rebellion Warwick.

Rebellion has also invested in a new space in Oxford to help double down on its plans for film and TV.