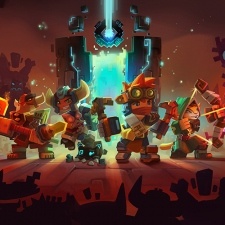 The Oxford-based maker of the Sniper Elite series as acquired Radiant Worlds.

The studio will be absorbed into Rebellion and will be renamed Rebellion Warwick, making it the third branch of the British games studio after Rebellion Liverpool. The value of the deal has not been disclosed

Rebellion has saved 70 employees from the studio, putting this staff to work on its on-going projects, including co-op title Strange Brigade and other owned IP.

The firm announced that layoffs were looking likely at the studio in August, with staff being put on consultancy after Korean games publisher Smilegate put the development of SkySaga: Infinite Isles on ice for an 'unknown period of time'. This decision shocked the Oliver brothers, who head up the Warwick based firm.

“To bring such great people to the company, just after our 25th birthday, is quite remarkable,” Rebellion chief and co-founder Jason Kingsley OBE said.

“It’s been a great year for us and we have a lot of plans to help make 2018, 2019 and beyond bigger and even greater years for Rebellion.”

Radiant Worlds co-founder Philip Oliver added: “We’ve known the Kingsleys for many years and have always had enormous respect for them and the company they’ve built. We know that our core values of creativity, passion, and ambition are mirrored by Rebellion, and we’re excited to be part of their amazing team.”

The deal sees chair and COO Richard Smithies leaving the company, saying: “We’ve managed to build one of the financially strongest and most talented development studios in the UK. I wish everyone now working with Rebellion every success for the future.”