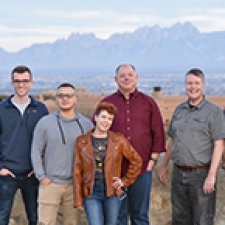 New Mexico based studio Ganymede Games has raised over half a million in angel investment.

That's according to GamesIndustry.biz, which reports that the new developer has brought int $550,000 in funding from angels. This cash has come from firms including New Mexico Angels, Arrowhead Innovation Fund and Abenteuer Ventures.

Ganymede was founded by veterans of Wargaming, Riot, Id and Blizzard in February of this year. Right now the studio is working on its first title, with this funding going towards building a demo and internal testing. This $550,000 is on top of $350,000 that the developer has raised from the city of Las Cruces and the state of New Mexico's Local Economic Development Act.

The studio was set up in New Mexico due to tax credits for film, TV and games firms.