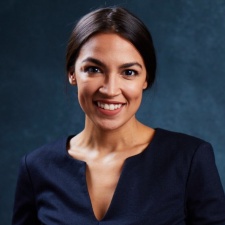 The US representative for New York's 14th congressional district Alexandria Ocasio-Cortez has reached Silver IV in League of Legends.

Ocasio-Cortez took the Twitter to announce her new rank- an achievement to be proud off - is an improvement on her bronze rank from 2018.

However, it turns out that she is not the highest-ranked player in the US congress.

"Thought it was cool making it to Silver. But today I found out Rep. @JoshHarder is ranked PLATINUM," said Ocasio-Cortez.

Josh Harder - another US representative - is ranked Platinum. Harder himself took to Twitter, offering a bit of advice for Congress.

“Congress might work better if more battles were fought on Summoner’s rift instead of committee hearings,” said Harder.

In October, Ocasio-Cortez was one of several politicians to openly slam Activision Blizzard for its treatment and banning of pro-Hearthstone player Chung “Blitzchung” Ng Wai.

The politicians claimed the company should not be “stifling” free speech for the benefit of keeping China on side.