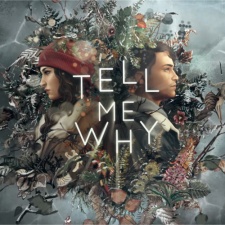 Xbox Game Studios and Dontnod Entertainment have teamed for a new title featuring a transgender protagonist.

Announced at XO19, Tell Me Why is a narrative-driven title about twin protagonists Alyson and Tyler Ronan, with the latter being transgender.

Microsoft has claimed Tyler to be "the first playable video game hero from a major studio and publisher who is also transgender."

Speaking to the Hollywood Reporter, Xbox senior creative director revealed that the voice actor for Tyler - like the character - is also transgender.

"The vocal cast was a priority from day one and it was important that we cast in a representative and authentic way," said Staten.

"Not only did we cast a trans actor for the English part, but we’re working hard to find people in the localized languages as well and make sure we have a strong, representative performance no matter where in the world you might play the game."

To ensure the Life is Strange developer did the character justice, they worked with both Microsoft and LGBTQ advocacy organisation Gay and Lesbian Alliance Against Defamation (GLAAD).

"Microsoft and Dontnod have approached Tyler with a real commitment to authenticity," said GLAAD's director of transgender representation Nick Adams.

"Tyler is a fully-realised, endearing character, whose story is not reduced to simplistic trans tropes. Creating a playable lead trans character - and taking such care to get it right - raises the bar for future LGBTQ inclusion in gaming."

The game is set for release in Summer 2020 - in three separate chapters. It will be available on Steam for PC and Xbox One - it will be launched as part of Xbox Game Pass.