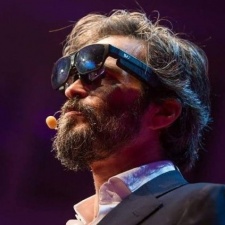 The former president of games firm Eidos Interactive Keith Boesky has passed away.

As reported by VentureBeat, the former boss of the Tomb Raider maker has died from cancer. His career in the industry was a long one, starting out in 1993 as an associate at law firm Cooley Godward after apparently cold-calling a game developer.

Just four years later in 1997, he was appointed as president of British games company Eidos Interactive, then best-known for Tomb Raider. During his tenure at the company, he expanded the Tomb Raider and Lara Croft from purely being video games to being a brand in toys, clothing, books, music and - of course - film. He also acquired Fear Effect for Eidos to publish. Eidos was, of course, acquired by Square Enix in 2009.

In 1999 he stepped down from the company, but went on to hold advisor positions for the likes of Riot Games, Improbable and Scopely over the years.

"We're sad to learn of the passing of Keith Boesky, former president of Eidos Interactive, who made great contributions to the video game industry," Eidos Montréal said on Twitter.

"Our condolences to his family and friends."