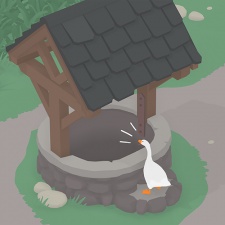 Despite the recently-released Untitled Goose Game being a huge hit on social media, the studio that made it House House says it doesn't really think too much about these platforms.

That's according to programmer Nico Disseldorp, who told Gamasutra that the team was surprised by the success initial trailer - which debuted on October 3rd, 2017 - had. In general, however, the studio avoids thinking about social media platforms unless it has something to actually say.

"That video was made by Jake [Strasser], who is also one of the developers. He has a background in film and TV, so trailer work comes pretty naturally to him. The video itself was thrown together quite quickly with a bit of an assumption that not many people would see it. In hindsight I think 'not overthinking it' probably helped the video in a few different ways," Disseldorp said.

"After we posted the video online it was quite popular, and something strange happened where places were reposting it more like it was from the 'funny video' category rather than the 'game trailer' category. Maybe the fact that the game didn’t have a name helped? The video’s big success was a surprise to us and definitely changed our perception of the game we were making.

"Our general social media strategy is to avoid thinking about social media as much as possible. We want to stay focused on making the game. But we know that Jake is good at making videos, so we generally try to ignore social media day to day, until we have something to say, like a platform or release date announcement, and then do a video about it.

"Despite often feeling like we should tweet more, I think this has worked out pretty well for us. Once someone told me they really liked how “mysterious” our social media presence was, which seemed very generous. I would have said 'inattentive.”