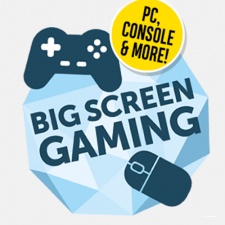 This is taking place on Tuesday, October 1st in association with Games Helsinki, covering all the games and topics too big to fit on the small form factor of mobile.

We've picked out five of the sessions that you should check out at this year's show. You can still buy tickets for Pocket Gamer Connects Helsinki 2019 right here

Colossal Order CEO Mariina Hallikainen explains how the Finnish development studio has managed to keep its Cities simulation titles so fresh over the course of a decade, as well as how the company has involved the community to help the most recent Cities: Skylines grow.

Why Kickstarter and Games Write a Mutual Love Story
12:00pm

Kickstarter's European outreach boss Michael Liebe shares how video games have evolved on the crowdfunding platform, offering insights into what worked then and what hits the spot with consumers now.

Beyond Mobile: The Future of HTML5 Games
2:00pm

Game artist Casilda de Zulueta from Flying Sheep Studios looks at how the company develops web titles using HTML using its own proprietary software as well as where big engines including Unity fall short of the mark.

Back in 2017, Housemarque released Nex Machina, a title that was set to be the Helsinki studio's best yet. Though critically acclaimed, the project failed to sell. Two years on, director Harry Krueger looks at what went right and what went wrong with the arcade love letter.

Just weeks after its latest release Control hit shelves, lead producer Juha Vainio looks back at how the Finnish developer made sure the game shipped, how the team planned, prioritised and kept a tight focus while also maintaining the high triple-A quality Remedy is known for.