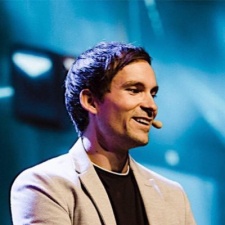 The former CEO of Beat Games Studios Jaroslav Beck wants to invest in other developers focusing on new VR games.

In a video posted on Twitter (below), Beck said he wanted to give something back following the success of the studio’s title Beat Saber and wanted to be “supporting new developers” with VR projects.

“After seeing new VR games on Gamescom this year, I decided that it will be a great time right now to give something back from the success of Beat Saber what we had recently,” said Beck.

“Even though we are not done yet at all, I think it will be great to put a bunch of money together and start supporting new developers. Who are creating games or applications for VR and who are thinking a little bit more outside the box. Because I believe that VR desperately needs new directions, in-game mechanics and overall approach.”

“It’s my personal project, but if you would need help and you are a developer who is trying new things or just trying to polish the current system to make it better, let me know and maybe I can help.”

VentureBeat, reached out to Beck to see what response he had recieved to his video. So far, he has claimed to be overwhelmed. However, he is still interested in seeing new VR projects and offering advice where he can.

Time to give something back. If you're VR developer and need some support to finish your awesome idea, play this video. pic.twitter.com/2Z8VLKMwE4