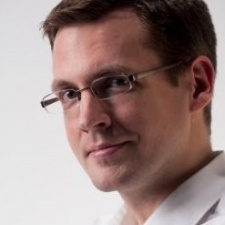 PC games giant Valve has said that it isn't working on a successor to data site SteamSpy - at least not in the form that we may expect.

Speaking to PCGamesInsider.biz at Devcom 2019, biz dev chief Jan-Peter Ewert (pictured) clarified remarks reported from his talk at White Nights St Petersberg in June 2018, in which he said that Valve was working on something "better than SteamSpy".

Ewert told PCGamesInsider.biz that Valve is constantly developing new tools to provide developers with the data and information that they need to make smart decisions, sometimes based on specific requests from studios themselves.

"That was ultimately what I was trying to say [at White Nights 18]," Ewert said.

"Unfortunately, out of the 45-minute presentation I gave there, the one soundbite that came out was: 'There's going to be a SteamSpy from Steam!'. We have constantly been working on ways to improve the way that developers can make smart decisions based on the data that they see and give them better ways to make those decisions. Ultimately, that's the only way we'll make money. It's a very self-serving thing to do. There's no specific product that you can expect from us at this specific moment in time."

Steam designer Alden Kroll added: There's not a concentrated set of features that we're rolling out together to try and accomplish that. It's more individual: 'Oh, we hear from developers that they want to know more about what countries their Wishlisters are in, so we should add more information so they can understand who is Wishlisting their game, where they live and what languages they should support.

'It's about trying to be responsive to developer requests and figuring out - based on that - what is the actionable data that we can share with developers that they can actually use to make concrete decisions. Everyone has their own idea of that a SteamSpy replacement means. So it's about what's useful in that concept, and you run into a bunch of issues about how do we share data in a way that's respectful to developers whose data we are sharing and whether they want that data shared or not. There's a lot to work out there and that's we don't have a specific thing that's on the roadmap.'

SteamSpy was hugely popular in the development community as it provided an idea of how games were performing. The solution wasn't 100 per cent accurate - nor did Galyonkin ever claim that it was - and was halted last year due to changes to how profiles on Steam operated.

Stay tuned for our full interview with Valve's Kroll about Steam