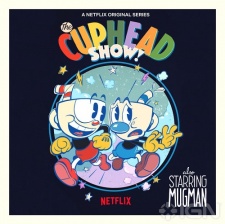 Netflix and King Features are working with Cuphead developer Studio MDHR on an animated series of the 2017 game.

The Cuphead Show will expand on the characters and world of Cuphead, featuring an animation style inspired by the 1930s Fleischer cartoons.

Cuphead creators Chad and Jared Moldenhauer will serve as executive producers on behalf of Studio MDHR, while CJ Kettler will fulfil the same role for print syndication King Features.

Netflix will produce the series, with Emmy and Annie Award-winning producer Dave Wasson and Cosmo Segurson acting as co-executive producers. The pair are known for their work on Mickey Mouse Shorts and Rocko’s Modern Life: Static Cling.

No release date has been given for The Cuphead Show at the time of writing.

A great slam and then some

“It’s safe for kids but written so there are also things that adults find funny and appeals to a wider audience," said Chad Moldenhauer when speaking to IGN.

“It’s not a toddler show or a little kids cartoon. It’s safe to say that the showrunners are aiming for the same kind of vibe that the game hints at. They’ll be taking that idea and expanding it.”

Cuphead originally launched on Windows and Xbox One in September 2017 before making its way to Nintendo Switch in April 2019.

More recently, Elon Musk revealed that the indie title would be arriving in Tesla vehicles from the summer.

Matthew Forde is a freelance writer from Yorkshire, who's work has been published for Tech Radar, Nintendo Life, Kotaku UK and more. He regularly attends Smash Bros. tournaments, while trying to keep up-to-date on everything pop culture related - particularly superheroes. You can find him on Twitter @Forde999.

The Witcher Netflix series is for a mature audience, says showrunner