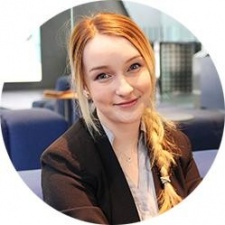 That's according to new IP owner Paradox Interactive, who acquired the IP from developer Introversion in January of this year, which revealed the userbase figure alongside the news that Double Eleven - who has been working on the console version of the sim title - will be taking over as lead developer moving forwards.

Prison Architect sales have doubled since the end of 2016, too.

“Double Eleven has done an excellent job supporting Prison Architect on console since 2016 and the game’s community loves what they bring to the table,” Paradox's product manager for Prison Architect Steacy McIlwham (pictured) said.

“We are confident in Double Eleven’s ability to continue improving upon an already great game and they have our full support.”

Prison Architect initially launched in as an alpha product in 2012, officially releasing for PC in 2015. The game came to console the following year before hitting iOS and Android in May 2017 and - of course - Nintendo Switch in 2018.

We caught up with Introversion's Mark Morris following the sale to Paradox to see why the indie developer parted ways with its most successful title yet.