Forager finds a home in No.1 spot in this week’s Steam Top Ten 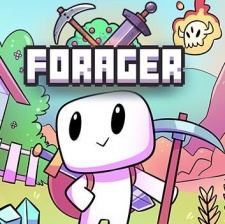 Forager has established itself a new home at the No.1 spot in this week’s Steam Top Ten.

After breaking into the rankings last week at No.8, the Humble Bundle-published idle adventure has climbed the ranks to take the top spot this time around. Not bad for game jam game turned full Steam release.

Risk of Rain 2 may have been pushed off the podium, but there’s no sign of the storm calming anytime soon. Hoppoo’s 3D sequel places at No.2 this week.

The chart begins to get a little repetitive from here on, as the store’s chart feed remains stumped by games with various launch editions. What we can say is that a version of Mortal Kombat 11 placed at No.4 this week. Paradox’ latest Italian adventure, Imperator Rome, follows in fifth.

The back and forth between Mortal Kombat at Imperator Rome is broken at No.8, as Sekiro continues to bash heads against the top ten. From Software’s latest slips four entries down from its position last week.

Monster Hunter: World closes our list this week, as part of a Capcom-wide sale hitting just before the charts came in. Expect the publisher's catalogue to place highly next week.

Humble sets aside $1m to publish games by black developers