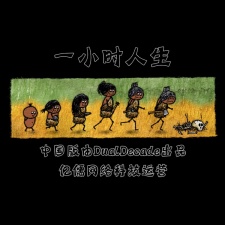 For the last decade and a half, Rohrer has released games into the public domain. Other teams are free to take his work and bring it to other regions and platforms free of hassle. Unfortunately, this has led to at least one team claiming Rohrer’s work as its own.

Rohrer’s open letter kicked off by explaining the issues faced when Swedish company Dual Decade decided to create a mobile port of OHOL. While Rohrer releases his work under open source licenses, getting proper accreditation on One Hour One Life for Mobile proved to be a paid.

Eventually, Dual Decade relented slightly, placing an unofficial port notice in the game’s splash. It wasn’t entirely to Roher’s liking, but there was a new problem: Dual Decade’s team in China had brought the port to TapTap and claimed the game as wholly its own work.

“Last week, a bomb dropped,” said Rohrer. “The mobile version was released on TapTap in China as a free demo. Suddenly, there were 9000 concurrent players in China (a full order of magnitude more than the official game has ever had). And guess what?

Rohrer claims that Dual Decade has attempted to revenue share, or otherwise offer compensation in exchange for being the “official” port of OHOL. But he isn’t interested in that, not while his own work is being passed off as someone else's.

They want to be the official mobile port. I just don't want the money. Not in exchange for "officially approving" of something that I had no hand in making. There won't be an 'official' mobile port of the game.

Rohrer has, for now, resigned himself to let it slide, withdrawing his disputes from Apple, Google, and TapTap. For now, he has more pressing work and personal matters to attend to.