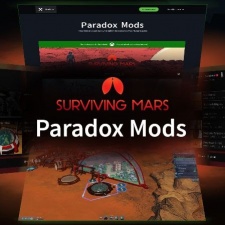 The service is launching as a free update for stellar survival sim Surviving Mars and will let players across Xbox and PC download 30 mods at time of release. More games will be added to Paradox Mods in the coming year.

In a video announcing the feature (below), Paradox quickly showcases a handful of mods being loaded from the front screen. Players will be able to share and download mods from their launcher of choice (GOG or the Paradox Launcher on PC).

“Modding has been, and remains an important part of the Paradox community. As we have diversified the way we distribute our games, we want to make sure all our players can take part in the creation process,” said Paradox Mods product owner Anders Törlind.

“For Surviving Mars, we have worked with mod creators to support Paradox Mods with some of the best mods available, all in one place and downloadable in-game or simply using a web browser. We really look forward to unlocking the world of modding for all members of our community, regardless of what system they are using to play our games.”

The Paradox Mods update also brings keyboard and mouse support to Surviving Mars players on Xbox One, one of the first games to support the new input option on Microsoft’s console.