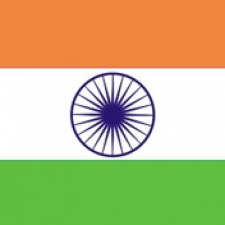 The United Nations claims India may be the next great game development hub.

While long a favourite destination for outsourcing and support, the UN Conference on Trade and Development (UNCTAD) sees a bright future in development. Gaming joins VFX and Animation as creative powerhouses in the Indian market, with the latter reported growing 16.4 per cent in 2016 to $8.2 billion.

"India has become the centre for outsourcing work, such as game development and game support services,” said the chief of UNCTAD's creative economy programme, Marisa Henderson.

“In the coming years, the country is expected to become the hub for development, porting and dubbing of various games across the globe due to low costs and the easy availability of game developers with world-class game development experience."

Additionally, the report claims that India is a key market for the global gaming industry - with a youth population of over 350 million. UNCTAD also stated that while all industries were suffering in the “downturn of global trade”, creative industries - gaming included - proved more resilient than most.

The report follows India setting up its first independent games trade body back in December, anticipating a promising future for the maturing market.