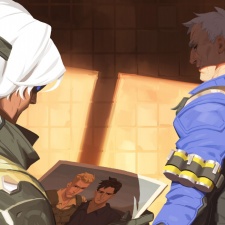 Overwatch has brought another character out of the closet.

Blizzard has released a new short story diving into the backstory of its growing shooter universe. Titled Bastet (available in PDF form here), it dives further into the history of heroes Ana Amari and Jack “Soldier 76” Morrison while on another mission.

But what’s got fans excited is the revelation that Soldier 76 wasn’t always a lone wolf. In one scene (pictured above), Morisson reminisces on a former lover named Vincent and the life that could never be. It marks the second time Blizzard has confirmed queerness in Overwatch after poster-girl Tracer was shown with her girlfriend in Christmas of 2016.

It appears the breadcrumbs have been there all along, with Morisson’s picture with Vincent appearing in previous comics. But there are concerns from some fans that it’s another attempt to retrofit inclusivity into a game that has a spotted history with representation.

Overwatch has made some positive steps in terms of inclusion. There’s no arguing that its cast is far more colourful than previous competing titles. But it’s also come under fire for everything from its failure to add a single black woman to the hero roster, to retrofitting a native identity onto Pharah to excuse an earlier skin.

There’s also the ever-present divide between what the game’s universe, and the game-as-presented. A hectic team shooter is a strange place to disclose a character’s bedroom preferences, after all. If you’re not reading the supplementary material, there’s no way you’d know Soldier 76 as intimately.

It’s a small step, and as a whole, it’s a fine addition to a character who had all the personality of a wet sponge. But with a high-level community that continues to perpetuate irresponsible, hostile actions towards players who don’t look like themselves, it’s perhaps time the developer took more concrete actions in support of inclusion.