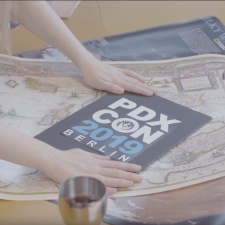 Paradox Interactive’s yearly fan convention is moving away from its Stockholm home for the first time.

Instead, the grand strategy developer is taking its event to Berlin. The German capital is more centrally-located in Europe and should help expand the event’s reach in its third year, providing easier access to fans hailing “from a wider variety of locations”.

PDXCon 2019 will take place on October 19th and 20th next year, and the company has stated an intent to make its first foreign show the biggest event yet.

“As our first PDXCon to take place outside of the comfort of our ‘home field,’ we intend to make this year’s show worthy of the global stage – bigger and bolder than ever before,” said CEO Ebba Ljungerud. “I’ll see you all there!”

PDXCon is an annual convention for Paradox fans and community members. As explained by the video below, it usually hosts a few major announcements, alongside LAN sessions and board games with developers.