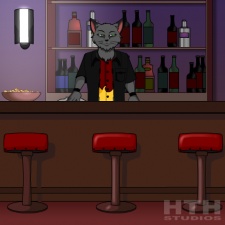 Personal information for 411,000 users of a popular furry erotica game has leaked on a hacking forum.

High Tails Studios, which runs a number of extremely not-safe-for-work flash and unity games, revealed on its website that personal data for almost half a million users was breached. These include email addresses, physical and IP addresses, names, and orders. Fortunately, no financial data was leaked.

The developer was made aware of the breach, which appears to have occurred in August, by security site Have I Been Pwned founder Tony Hunt. Subscribers have been advised to change their passwords.

The breach was made during the transition to a newer, allegedly more secure website.

"As of the overhaul in October of 2018, we are using a much more advanced and stable security system," said High Tail Hall Studios.

This comes at a time of companies having to be increasingly careful with user data. Of course, this was always a concern, but in the wake of the Facebook Cambridge Analytica scandal, it's a more pressing issue than ever and a PR nightmare for firms that suffer these breaches.