Alan Wake returns to Steam thanks to music license renegotiations 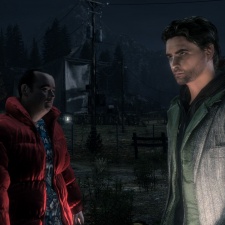 Alan Wake was pulled from Steam near the end of 2017, after music licensing for the game’s soundtrack expired.

But over a year later, Remedy has announced that the game is returning to Steam with a hefty 80 per cent discount through to November 1st.

Good news! Alan Wake is back on Steam.

Better news: the price will be discounted during Halloween, so go get your copy if you don’t own the game yet. (Other digital platforms to follow.) https://t.co/GRLdxcH361 pic.twitter.com/KUtdnQg6Hb

"Big thanks to our partner and Alan Wake’s publishers @Microsoft who were able to renegotiate the rights to the licensed music in Alan Wake, so that the game can be sold again," said Remedy in a later Tweet.

Alan Wake’s licensed soundtrack was a huge part of the game’s appeal - while it could have been possible for Remedy to re-release the title with the tracks removed, it looks like Microsoft has put in the effort to get the complete soundtrack relicensed.

Games don’t tend to resurface after getting pulled from sale, so this is a nice surprise for fans of suspenseful narratives. The music business being what it is, though, we’ll wait and see how long this resurrection lasts before the licensing hammers hits again.