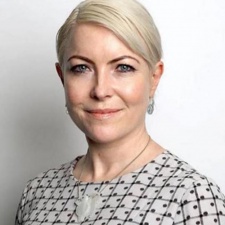 The UK video games industry provides in the region of 50,000 jobs as well as contributing $3.8bn to the country's economy.

That's according to the 'Screen Business: How tax incentives help power economic growth across the UK' report commissioned by the British Film Institute, produced by Olsberg SPI and Nordicity, that examines the impact of tax relief on the industry. This uses 2016 data as many areas are still working out their stats for last year.

Of that figure, 20,430 are working in games development, publishing and retail. The total is worked out when taking into account other workers in the sector, such as PR, the media and so on.

British video games trade body Ukie both helped source the data and say that these are record figures for the industry.

Speaking to GamesIndustry.biz, the organisation said that most of that 20,430 figure comes from development, with 13,840 people making games. 3,980 work in physical retail - though that figure will surely drop in coming years - while publishing employs 2,300 people. Digital retail only features, um, 310 members of staff, but it's worth remembering that this is 2016 data.

$1.6bn was spent on development compared to the $2.2bn splashed on film production for the year. $509m of that $1.6bn figure was tax relief

"Many might be surprised that the games industry contributed over 47,000 jobs, directly and indirectly, including over 16,000 in development and publishing roles, and the figures show that the creative ecosystem across our screen sectors is healthy and a critical part of the creative industries story in the UK - the fastest growing sector in the economy," CEO Dr Jo Twist OBE (pictured) said.

She continued: "The figures give clear evidence that VGTR has played a vital role in the continued growth of the UK games sector and in providing confidence and certainty to the market," Twist concludes. :"In 2016, VGTR supported 31 per cent of the total UK game development workforce and this shows what a positive impact it has on employment. We would encourage anyone developing games in the UK to look at how they can qualify for the relief.