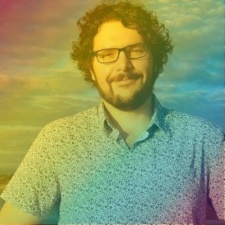 The new outfit is looking at pushing VR games that use the technology to encourage wellness and improve health. Orpheus is starting this initiative with three titles that explore the company’s wellness goals through entertainment

RaveRunner is pegged as a high-intensity weight-loss title from Kinematic Studios. Meanwhile, Vision Agency-developed Microdose VR combines art and dance to provide therapeutic experiences; while Orpheus’ own SoundSelf is an introduction to transcendental meditation.

“What we seek to do is to utilize the most important advances and immersive technology that can genuinely serve a net positive to the end user,” said co-founder Job Stauffer, speaking to GamesBeat.

Formerly communications lead at Telltale Games, Stauffer has become an advocate for self-care through entertainment. He received acclaim within the VR space after he “lost 50 pounds using VR” last year.

“It’s been surprising to watch the interest in self-care return as a popular concept among people who make games. The industry is plagued with stress and crunch, and I’m no stranger to that.

“Our partners and the team at Orpheus think that’s a problem, but we also recognize that it is a global problem across multiple industries. So we wanted to see if we could take both of these issues on in a big and bold way — effectively, a movement that could inspire other creators.”