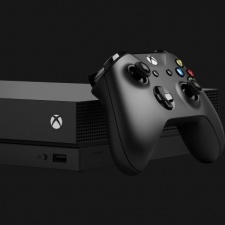 CNET reports that the firm was indeed working on a VR headset for its first-party consoles and that the Big M was working with developers to create Xbox VR experiences.

However, the firm has since told partners that plans were now “on hold.” Sources say that the quality of the device, while good, was not up to scratch with standards set by Oculus and HTC.

Microsoft is allegedly waiting for the technology to create VR experiences to develop and become more affordable. Wireless capacity, in particular, appeared to be a real sticking point for the company.

It’s also worth wondering if there was even much interest for VR on the platform either way. With its current “play anywhere” policy, we don’t know if the headset may have been available for PC users.

But the projects closest competitor, PSVR, has hardly been the break-out success many expected. The simmering down of excitement over virtual reality may have cooled Microsoft’s interest in going further with its own entry.

In the wake of E3 this year, Microsoft’s Mike Nichols told GamesIndustry.biz that they had no plans to push VR on consoles.

"Our perspective on it has been and continues to be that the PC is probably the best platform for more immersive VR and MR,” said Nichols at the time. “As an open platform, it just allows faster, more rapid iteration.

“But as it relates to Xbox, no. Our focus is primarily on experiences you would play on your TV, and ultimately we'd like to make those experiences more broadly."

Microsoft is still working on its HoloLens MR/AR tech, however. Though this was originally shown off in a really impressive Minecraft demo on-stage at E3 2015, the tech has been pivoted for enterprise applications for now.