Devcom: "This is not the age of Donald Trump, Boris Johnson or other ignorant politicians, racists and idiots" 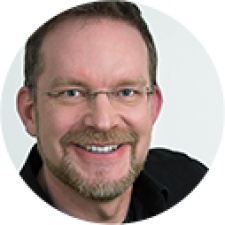 The head of Devcom Stephan Reichart has called for video games to be a force for good in the troubling times we live in.

Speaking at the opening ceremony of this year's developer-focused show, Reichart said that it is more important than ever to make games that matter and "protect" society from ignorance and racism.

"This is not the age of Donald Trump, Boris Johnson or other ignorant politicians, racists or idiots," he said.

"This is the age of the most liberal, most open-minded and tolerant group of people I have ever met. This is your age. This is the age of game development. It has never been easier to develop games and it has never been more important to develop games that matter to change this world and to protect our society against all this stupidity out there.

"Let this age of game development start here and now in Cologne and use your chance to do games that matter."

Devcom kicked off today - August 19th, 2018 - and closes tomorrow on August 20th. This is the second year the show has taken place after Devcom filled the gap left by GDC Europe.