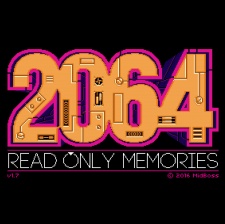 Midboss is attempting to win back goodwill through a queer-focussed Steam bundle and a promise to improve corporate culture.

Replacing Conn is Cade Peterson, taking on the position of temporary CEO. His first act? Cleaning up an internal studio culture that, besides Conn’s own abuses, also saw criticism for lacking HR, low wages, and general mismanagement.

“I have a very different way of doing things, a very different personality, to Matt, for example,” said Peterson, speaking to GamesBeat. “And I think that right away I got to the meat of the things that made people uncomfortable.

“From the working culture, the expectations of availability, just the general professionalism within the way we work, all that — it was very different, apparently.”

Peterson’s first initiative besides an internal clean-up is the Queer Games Bundle - a partnership with indie developers across Steam. The bundle includes games like Tacoma, Ladykiller in a Bind, and Diaries of a Spaceport Janitor; after an initial 50 per cent discount, the bundle will permanently offer the seven-game package at a 15 per cent saving.

“I dropped [the bundle] into three or four Facebook gay gaming groups, and what’s funny is that two or three of the people who commented on the post in those places had never heard of these games,” continued Peterson, on why he sees the bundle as an important act.

“Gay people had never heard of some of the most well known gay-related games. And I was like, OK, I’m definitely onto something, this is vitally important to me.”

"We're really passionate about getting young girls into games": What Girls' Game Lab hopes to achieve

Newzoo: More than 46 per cent of all “gaming enthusiasts” are women

Microsoft's Ross: "Diverse teams do kind of create a more diverse output, diverse thinking, and innovation on where you're going"

Cyberpunk 2077 will be available on GeForce Now at launch