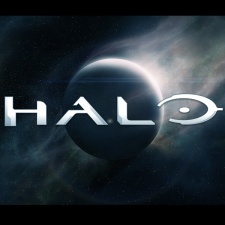 It feels like a Halo film and TV show have been on the horizon for a decade now but we finally have a release date for the latter.

Master Chief will be coming to the little screen in 2020. That's according to Showtime programming chief Gary Levine - as reported by IGN - who said that that date is the current aim.

Additionally, Levine said, unsurprisingly, that the series would be taking place in "multiple locations" as its set on "foreign planets". Shame - we were hoping it was going to be a British soap opera in the London East End with Master Chief putting his life of interstellar warfare behind him to run a pub.

The aforementioned space marine will be the main character, too.

Awake's Kyle Killen is writing and acting as showrunner with Rupert Wyatt - of Rise of the Planet of the Apes fame - directing several episodes.

"It took us a long time to get the script but we felt like we had something that was really interesting and felt like it belonged on Showtime in terms of its character depth, and it’s gonna be a big show."

Levine added: "We made a conscious decision to hire a writer not known for sci-fi and not known for big battle movies, because that’s already baked into the Halo franchise and we will service that, but we also wanted to ensure that we were getting beneath the formidable armor of the Spartans and really getting inside the team drama so it felt like it belonged on Showtime. As David said, our hopes and dreams are that it will have enormous appeal to Halo fans and will also appeal to Showtime drama fans."

A Halo TV show was announced back in 2013 and has seemingly been in development hell for the last five years. News that it was still being worked on broke in June.