Diversity is key to growth of FIFA esports, EA says 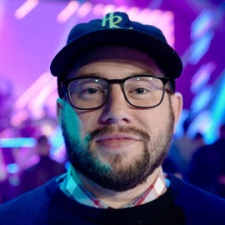 Publishing giant EA has argued that diversity is absolutely central to the growth of its FIFA pro-gaming plans.

That's according to FIFA competitive gaming commissioner Brent Koning, who told GamesIndustry.biz that diversity across the board - not just in front of the camera - is hugely important.

"You see not just video games changing, but the sports landscape is changing as well," he said.

"We've had 60 nations participate in our programme this year, so what we're trying to do is we're trying to build a platform that can adapt, but also we're in a spot where we need to do better in certain areas. That is something we're constantly working on. Whether that's ethnic diversity, gender diversity, even age diversity to be honest...

"Do we have work to do? Absolutely. The industry does. Entertainment does. You've seen the headlines. We're all doing better. We're an open tournament and the goal here is to be diverse, not just when the camera is rolling, and truly live that. So we're going to continue to do that."