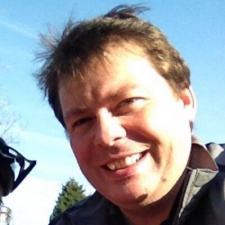 Sumo Digital's MD Paul Porter has said that spending longer than anticipated developing a game is worth it.

Speaking to GamesIndustry.biz, the chief of the Sheffield-based work-for-hire firm said that he wants to be in the business of making good games and said that the end user likely won't care how long it took to make.

"As a consumer, you don't care how long something's taken to make or what that journey was - you care that it's a good game," he said, "and the most important thing for me is we get to work on good games and put titles out that we're proud of, that we'd want to play ourselves."

"I'd hope it doesn't impact Sumo negatively," he said.

"At the end of the day, we're working on huge triple-A games that will be shown to people when the publisher is ready, because it's not up to Sumo when we can show or demonstrate part of the game that's being made.

"As always, it's quite difficult doing interviews because I'm happy to talk about what we're doing at Sumo, but so often we can't actually talk about a lot of the stuff we're doing and that is quite frustrating. But I respect that, because it's not within our remit to talk about those things because we're working in collaboration with a publisher that owns the IP. At the same time, we're really excited, knowing what's happening behind the scenes."