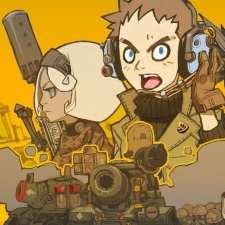 Area 35’s turn-based strategy Tiny Metal failed its Kickstarter campaign back in 2016, but found the funds to release last year anyway. Ahead of launch, the recently-dismissed Lacy accused the developers of syphoning funds from Creative Intelligence Arts’ (CIA) Project Phoenix - a similar title that raised ten times its own campaign target of $100,000.

According to Lacy, CIA folded and restarted as Area 35. Both studios were headed up by the Japanese director and producer Hiroaki Yura, who stated the distinction was for "corporate clarity and identity." Lacy, however, accused Yura of directing funds towards Tiny Metal, the game he claims the director actually wanted to make.

But now, Lacy has rolled back his accusations and issued an extensive apology - mandated by a Japanese court of arbitration.

“I now admit that everything it stated was contrary to the truth, and I offer a deep and profound apology to Area 35.

“Furthermore, I also apologize for significant damage caused to Area 35 Co., Ltd., and damage caused to the good name and reputation of Mr Yura Hiroaki, due to such occurrences as the falsehoods that I posted being picked up and reported by media organisations within the United States of America.

“I am fully aware that my actions also relate to the trust placed in the video game industry, and that they must have been very shocking for everyone involved in said industry. Please allow me to apologize again for my actions.”