Rebellion has several 2000AD games projects in the works 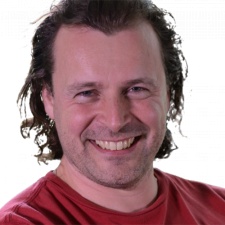 It sure sounds like Oxford-based developer and publisher Rebellion is working on new games set in the 2000AD universe.

Speaking to PCGamesInsider.biz, CEO Jason Kingsley OBE was asked about the company's previously announced intention to work with other games developers on the 2000AD IP.

The exec and very literal knight said that while nothing was announced, projects were very much in the works and that we can expect to hear more about them after the release of its upcoming co-op game, Strange Brigade, which is set to launch August 28th.

"We're much further along than [talking to potential partners]. We've got several things being worked on at the moment, but none of it has been announced yet because we're focusing on Strange Brigade," he said.

"Hopefully after that game comes out, I will then be able to move my marketing department to look at the next projects we have coming out. You can imagine 2000AD might be amongst them."

Additionally, Rebellion is going to be producing more 2000AD media, in general, moving forwards. Kingsley said that the firm has been working on this "broad media" approach for some time and lamented that there hadn't been enough 2000AD tie-ins in the past.

This comes hot on the heels of Rebellion announcing a Rogue Trooper film being directed by Duncan Jones, of Moon and Warcraft fame.

"We have a couple of other big projects that we haven't announced yet which I am hoping will be starting to take shape. The next few years could see a lot more broad media from Rebellion going forwards," he said.

"There haven't been enough 2000AD-based things out there, whatever those things might be. I'd like to see more. We've been working them out for a good few years."

You can read our full interview with Kingsley next week

New IP Strange Brigade, a Rogue Trooper film and lots of 2000AD - Rebellion sure has a lot going on at the moment