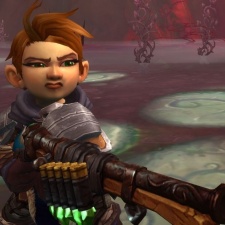 World of Warcraft players no longer need to purchase all six previous expansions to access the bulk of its content.

Starting yesterday, all content in Blizzard’s fourteen-year-old flagship is available from the get-go. Players will still need to shell out for the $15 monthly subscription fee, but neither the base game nor it’s six existing expansions will charge up-front.

This marks a simplification of World of Warcraft’s rather intimidating pricing structure. Previously, players would need to purchase the full-price base game upfront, and then cough up more cash at regular milestones to access expansion content.

Some of these older expansions would eventually be merged into what Blizzard called a “Battle Chest”, combining multiple versions of the game in one purchase. But with the MMO approaching the latter half of its second decade, it had become unreasonable to expect new players to pay a substantial one-time cost to access the game in its current state.

The most recent version of the game bundled all expansions minus 2016's Legion into one purchase, removing part of that paywall. Yesterday's update removes that initial point-of-purchase entirely.

Of course, Blizzard still want you paying for new content. Upcoming expansion pack Battle For Azeroth will still expect $49.99 from players wanting to access the latest continents, dungeons and endgame experiences. But for those first 110 levels, a sub fee will cover everything a new player could ever want to access.