Tencent and PUBG are not messing about with cheaters and hackers 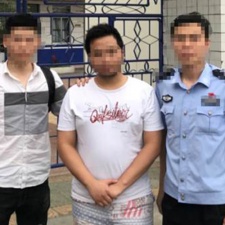 With a game as big and successful as Playerunknown's Battlegrounds, it stands to reason it will attract some bad actors, but developer and publisher PUBG Corp and Chinese publishing partner Tencent are trying to send a pretty strong message to deter people from abusing the game.

As spotted by Kotaku, the official Chinese Playerunknown's Battlegrounds website has been updated to include a number of pictures of people in China who have been arrested for making cheat tools or hacks for the battle royale giant.

To date, 141 people have been arrested for this offense and have been found selling or making or selling ten different kinds of hacks.

All faces have been blurred out, but this sends a strong message to not mess with either Tencent or PUBG Corp.

The latter has famously had a really hard time dealing with cheaters in its game. 99 per cent of these bad actors are from China, according to creative director Brendan Greene.

Having to combat cheaters has actually held up development on the project itself. Additionally, there's been speculation that the drop in players since the start of 2018 is in part down to cheaters ruining games for many users.

Playerunknown's Battlegrounds China user base flatlines at just below 10m