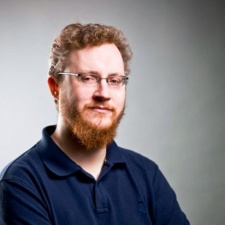 Darrah opened up a thread on Twitter asking if Mass Effect: Andromeda got “a fair shake.” Andromeda launched in March of last year, and evidently failed to meet EA’s expectations. Rather than kickstarting a new trilogy, support and future development for the title ended preemptively.

The producer believes this came, in part, due to an unfortunate release window. Andromeda launched around the same time as Breath of the Wild, Horizon: Zero Dawn, and Nier: Automata among others. Bioware’s game was simply lost in the crowd.

"As a result [of the crowded review environment], even systems that are pretty decent get scrutinized against superiorly implemented ones” said Darrah. “Does launching in a different window turn 72 per cent into 90? Certainly not. 72 into 77/78? Maybe."

However, at no point did Darrah attempt to convince an audience that Andromeda was a flawless game unfairly buried by the market. Instead, it appears that a poor launch window was merely another strike against a troubled franchise follow-up.

"You launch the best game you can," concluded Darrah. "[Andromeda] has a lot of problems and got lapped by genuinely better games."

You launch the best game you can.
MEA has a lot of problems and got lapped by genuinely better games.