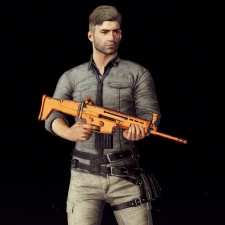 Valve is continuing to crack down on OPSkins use of bots to circumvent Steam restrictions.

Earlier this week it was $2m worth of Counter-Strike: Global Offensive skins; today it is $1m of Playerunknown's Battlegrounds cosmetics as Valve blocks bots used by OPSkins.

That's according to users on Reddit, who peg the total figure at $1.018,486.58 across 964,243 skins. It's suggested that developers PUBG Corp haven't communicated this crackdown all too well, after the firm decided to disable personal item trading back in May of this year.

Either way, PUBG Corp likely intended to irritate people using the game in this year; in the announcement of item trading being restricted, the Korean firm said that it had "seen a few cases of players using the personal trade function to sell items using third-party sites. This is essentially an abuse of the system". No doubt this is some low key shade being thrown and OPSkins and other such outlets.

This sort of instablity in the market is potentially why OPSkins is getting into the blockchain space with World Asset Exchange.

Weapon skins were introduced to PUBG in March.

PUBG Corp says performance issues were down to DDoS errors