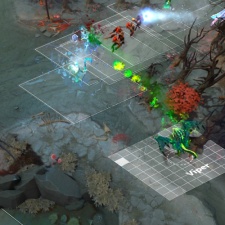 OpenAI boasts that it has trained bots capable of beating top players in team Dota 2 matches.

A research lab founded Elon Musk and Sam Altman, OpenAI announced that it’s bots for Valve’s Dota 2 can beat the top 1 percent of amateur players. The firm first unveiled its Dota 2 research last August with bots that could best players in 1v1 matches.

Now, OpenAI bots can best human players in 5v5 games - more accurately representing the teamplay and coordination required in a full match of Dota 2. OpenAI hopes that by training their AI systems on team-based competitive games, it’ll be able to transition that knowledge to complex real-world problems.

“This an exciting milestone, and it’s really because it’s about transitioning to real-life applications,” said OpenAI co-founder and CTO Greg Brockman. “If you’ve got a simulation [of a problem] and you can run it large enough scale, there’s no barrier to what you can do with this.”

The training routine for Brockman’s bots sees them play 180 years of Dota 2 a day at a vastly accelerated rate, over a period of months. There was no hard coding of strategy - bots learned the game through sheer brute force, and more time than human players could possibly experience.

“It starts out totally random, wandering around the map. Then, after a couple of hours, it begins to pick up basic skills,” says Brockman. He states that if it takes human players up to 20,000 hours to become professionally skilled, then his agents play 100 lifetimes of experience every single day.

So far, OpenAI bots can only compete against humans in a highly-restrictive game mode. They will only use 5 of the games 115 heroes; item choice and skill selection is hard-coded per hero. Invisibility abilities and warding (setting up “cameras” across the map) are disabled. But by increasing their knowledge of obscured elements in gaming, OpenAI hopes it can create AI agents that can intelligently make decisions in countless situations outside games.

A full explanation of OpenAI’s Dota 2 bots can be found on its site here. Its bot will challenge the most skilled Dota 2 teams in the world this summer, during the game’s annual The International esports tournament.