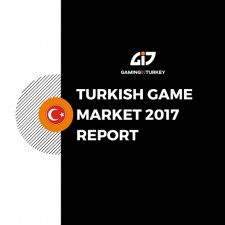 The Turkish games industry generated $810 million in revenue in 2017, according to a new report.

Gaming in Turkey’s Game Market 2017 report claimed that revenues climbed up from the $755 million it made in 2016.

Mobile games accounted for $372.4 million with another $437.2m was headed up by PC and console games. The report states that 30 million active gamers are spending 70 per cent of their time gaming on their computer.

90 per cent of Turkey’s population are said to be active mobile users, but only a slightly-lower 75 per cent are on smartphone. That still leaves the country with a potential market of 50 million smartphone users.

While up 11.8 per cent on last year, the rate of growth in mobile games revenue is slowing.

The report projects growth will slow to 8.2 per cent by 2020. Overall games revenue is set to keep growing, however, peaking at 8.7 per cent by the end of the decade.

You can find the full Turkey Game Market 2017 report here.

Newzoo: More than 46 per cent of all “gaming enthusiasts” are women