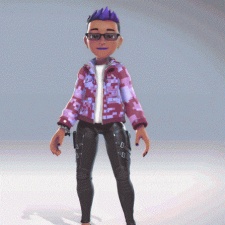 Xbox announced an overhaul for its ageing Avatars last year at E3, showing off a wide range of more inclusive options. The customizable characters were first introduced with the New Xbox Experience update for the 360 back in 2008. Over the following years, Avatars were implemented across Xbox platforms, including Windows 10 and Phones.

Ten years later, they’re about to be overhauled with not only improved fidelity and animations, but a diverse range of personalisation options. Gendered clothing restrictions have been removed, characters can sport prosthetic limbs or wheelchairs, and the range of body shapes has been increased.

Members of Xbox Insider - a program where players provide feedback to in-development features - will gain access to the new Xbox Avatar Editor tomorrow. There is currently no release date for public launch.

The company likewise collaborated with organisations like SpecialEffect to help open the doors to accessible play with this year’s Adaptive Controller.