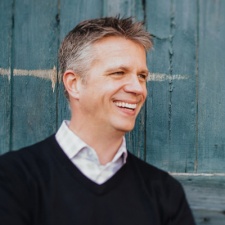 Microsoft's head of studios Matt Booty says that deciding which studios to acquire was not a case of 'filling out a bingo card'.

Asked by Polygon about how it decided which developers to buy and whether it was a case of looking at genres to capitalise on, Booty said that this is nice the case but is more to do with the people at the studios.

"Rather it comes back to we want to seek out and find the people and the teams that really show expertise in the craft of games and have a very creative point of view. In some cases, like with Playground, it’s a studio that we’ve worked with for six or seven years. With them, I think of a studio that has really pulled off something very difficult to do. They partnered with Turn 10 to expand an existing franchise. They did it in a way that’s super true to the Forza series, but made Forza Horizon, which has its own identity, its own kind of gameplay, but yet sits side-by-side with Forza Motorsport. And they did it in a way where they could [alternate] every other year [with the Forza Motorsport releases] and get those production cycles down. That’s hard to do.

"When I think about Playground, I just think about operational excellence, and I think about the ability to partner with our teams. Now, by bringing them into the Microsoft Studios family, we can give them more support, more encouragement, more latitude, and that’s why Phil talked about today we’re going to be encouraging them to use their open-world expertise to chase after a new unannounced game that we haven’t talked about.

"Again, it’s not a case of trying to fill out a bingo card, right. It’s more about who are people that we think are a cultural fit. Who are the actual people making these games, and who are the leaders at these studios that have shown a dedication to the craft. That’s really what led us to get in touch with these studios."

At the Microsoft conference, the firm announced that it had purchased Playground Games, Team Ninja, Compulsion and Undead Labs, as well as setting up a new Santa Monica-based developer called The Initiative.