Finance community not put off by recent video games controversies 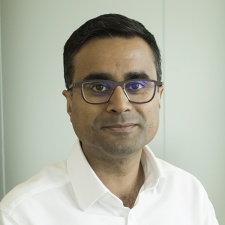 The finance community is more then aware of the negative press facing the games market at the moment, but it has not been dissuaded.

That's according to Liberum MD of investment banking Neil Patel, who says that the recent spate of controversies has not had a deterring effect.

This follows a wave of negative press including the EA Star Wars Battlefront II loot box controversy, Fortnite reportedly being addictive - something developer Epic refutes - and the WHO adding video game addiction to its list of diseases. According to Patel, it helps that the recent wave of companies that have gone public, such as Codemasters, Sumo Digital and Team17, are family friendly and thus less likely to court controversy.

"[The finance community] is conscious of it but they don't see it as being a threat to humanity," Patel said.

"They don't believe that games and the companies they're investing in have those characteristics. It's helpful that Frontier, Codemasters and many of the other companies that have IPO'd recently aren't producing games that are particularly violent. They're quite friendly for younger audiences. They are relatively family-friendly forms of entertainment, I think. That's the way the investors think.

"They don't see them as being in the eye of the storm. They do acknowledge that there's a mood out there. I sense it's changing. As games become more social, the stigma of boys sitting in their dark rooms playing games is a bad thing is going: there are more women playing games now than ever and social media and interaction has improved as well."

You can read our full interview with Patel on PCGamesInsider.biz later today

Codemasters: Digital has given games stability, which is why now's a good time to IPO