EA’s annual Play To Give charity drive is underway 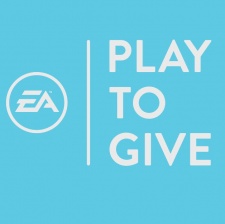 On top of these donations, nine selected EA titles will include special challenges and rewards to run alongside the event to spread awareness. Echoing the message of inclusion and peace, these interactions are strictly non-competitive - reviving teammates in Battlefield 1, or completing group missions in Star Wars: The Old Republic will net players exclusive rewards.

The Play To Give site reads: “Games are for everyone—we all want to be connected and included. As part of EA’s Play to Give campaign, we're partnering with three charitable organizations: the United Nation's HeForShe, PACER's National Bullying Prevention Center, and Ditch the Label. These nonprofits strive to create a world where everyone can play and feel welcomed.”

EA’s charity campaign began in 2016, and has given $1 million to these three charities each summer since. The 2018 Play To Give campaign will run until 7:59am BST on June 3rd.

Microsoft vows to be carbon negative in ten years time