Call of Duty: WWII is raising money to get military veterans into work 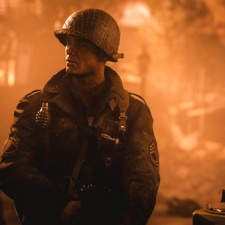 Call of Duty: WWII is offering a new ‘Fear Not’ customisation pack to raise money for military veterans.

Available through the in-game store and Steam, the Fear Not pack includes a bundle of new uniforms, weapon camouflage, emblems and calling cards for $4.99.

All proceeds go towards the Call of Duty Endowment in their mission to find high-quality employment for military veterans. This works similarly to last year’s Endowment Brass Pack for Call of Duty Modern Warfare Remastered.

The Call of Duty Endowment is a non-profit and was founded in 2009 by Activision Blizzard CEO Bobby Kotick.

To date that more than $3.8 million has been raised through the organisation.The current goal for the group is to find work for 50,000 veterans by 2019.

“We want to thank Call of Duty gamers and our partners for their continued support, without which we could not have helped thousands of vets,” said Call of Duty Endowment director Dan Goldenberg.

The charity had so far only benefitted employment programmes for american veterans.

Earlier this year, the Endowment partnered with UK charities Walking With The Wounded and RFEA to bring their fundraising to the British Isles. This began with $30,000 donations apiece and will continue with proceeds from the Fear Not pack.