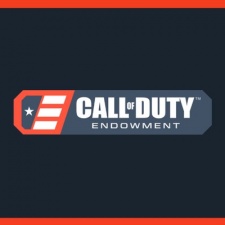 The non-profit Call of Duty Endowment foundation has launched into the UK with two charities set to receive $30,000 each in donations.

Publisher Activision has revealed that RFEA - The Forces Employment Charity and Walking With The Wounded will be the first organisations to receive money from the fund, receiving a Call of Duty Endowment Seal of Distinction.

The firm announced its intention to move into the UK last September, and that it was on the lookout for organisations to partner with.

RFEA is an organisation that gives career advice for former members of the armed forces, while Walking With The Wounded provides support for veterans who have "physically, mentally or socially disadvantaged by their service".

The Call of Duty Endowment scheme was set up by Activision Blizzard chief Bobby Kotick back in 2009. In part, funds are raised via in-game purchases. The most recent is the Bravery Pack for Call of Duty: WWII, which sets gamers back $4.99 and gives them a helmet, card and emblem.

Congratulations to @supportthewalk and @RFEA_UK for becoming the first U.K. charities to receive our Seal of Distinction award! We are so excited to help U.K. #vets through these two great organizations. https://t.co/QImW0LGodb